Scaption for Functional and Stronger Shoulders

Around 100 million Americans cycle every year, but few make it a habit as shown by a survey conducted by the Breakaway Research Group for People with Bikes. Around 34% of Americans ride their bike at least once a year, but around 14 million do so at least twice a week. The results are a wakeup call to those wanting to reap the biggest benefits of cycling. One study published as recently as January 2020 in the International Journal of Epidemiology (IJE), for instance, showed that people who cycle to work have a lower risk of falling ill. What do recent studies say on cycling and why can this unique sport help people enjoy a longer, better life?

Cycling as a Life Extender

In one of the largest studies of its kind, researchers found that people who cycled to work had a 13% lower mortality rate, which can be likely attributed to the healthful effects of cycling. These are manifold and include strengthening of the lungs, improved heart health, and better stamina, fat burning, and muscle gains. Cycling is also an ideal sport for people with joint conditions such as osteoarthritis, since it is a low-impact sport which nevertheless delivers gains in fitness and strength. The researchers also stressed that there is no increase in road traffic injury deaths owing to walking and cycling. Provided cities have safe areas in which to commute to work on foot or on a bike, there is no need to fear injury.

We know cycling boosts heart health as a whole, and a 2019 University of Leeds study delves into why. The team found that walking and cycling to work was linked to a significantly lower rate of heart attacks (1.7% lower) among 43 million adults in the UK. The researchers stated, nevertheless, that “The effect of active commuting is fairly modest when compared with the stronger determinants of cardiovascular health such as smoking, obesity, diabetes, and regular exercise.” having said that, they added that commuting to work on foot or via bike has the ability to bring major nationwide improvements to health and wellbeing.

Cycling One Leg at a Time for People with COPD

Chronic obstructive pulmonary disease (COPD), which includes chronic bronchitis and emphysema, affects over three million people in the U.S. The elasticity in their lungs is destroyed and it can make it very easy for them to exhale when they breathe. The result, for many, is sedentarism. A study undertaken at the Norwegian University of Science and Technology, however, has found that fitness can be significantly improved in people with COPD by cycling, using just one leg at a time. Doing so enables the load on each leg to be increased without overworking the lungs. Fitness rates were found to increase by 12% compared to two-legged cycling. The researchers added that improving fitness was very important for people with COPD, as it allowed them to participate more actively in social life and complete crucial tasks such as going to the store.

Recent studies have shown that cycling can play an important role in extending life. Cycling has a wealth of aerobic benefits, but it can also boost strength and improve mental health. bike owners to cycle more often. Finally, cycling can help people with COPD lead a more active life characterized by greater social exchange and an improved ability to undertake daily chores and tasks. 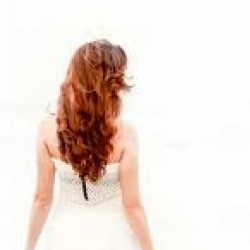 Sally Perkins is a professional freelance writer with many years experience across many different areas. She made the move to freelancing from a stressful corporate job and loves the work-life balance it offers her. When not at work, Sally enjoys reading, hiking, spending time with her family and travelling as much as possible.

Giving a Voice to the Fitness Industry!

News collects all the stories you want to read

Fitness Professional Online (FPO) is the online hub for fitness professionals, personal trainers, group fitness instructors, and others working in the fitness industry.

We provide information on continuing education, how to be a trainer, training a trainer, and getting a personal training certification.

Get Industry News & Updates Delivered to Your Inbox!

News collects all the stories you want to read